The Rwanda-born Indian curator, who has made the French capital his home, on the Al Thani collection’s first museum, his new book, and the importance of private collections

The Rwanda-born Indian curator, who has made the French capital his home, on the Al Thani collection’s first museum, his new book, and the importance of private collections

Writer, curator, collaborator, colonial furniture specialist: Amin Jaffer wears his titles effortlessly. And in the last couple of years, he’s added another one — that of Paris denizen — after he uprooted his English life of 25 years to move into a mansion (a large townhouse) on Quai Voltaire along the Seine.

The move made sense. An “eminence grise of the international art world”, as an Architectural Digest article calls him (Jaffer is on the cover of the magazine’s 10th anniversary issue this month), he was “spending a lot of time in Venice, and the commute to London was becoming taxing”. But more importantly, his newest project, a private museum for the Al Thani Collection, is in the city, at Place de la Concorde’s Hôtel de la Marine.

“Sheikh Hamad bin Abdullah Al Thani was looking for a more permanent place to house the treasures of his collection,” says Jaffer, recalling how at the time, the French government body Center des Monuments Nationaux was thinking of converting the former storage space for royal tapestries at the Hotel — a four-year, €132 million restoration project. “They proposed that the Al Thani Collection could exhibit its masterpieces there.” With a 20-year agreement in place, acquiring a Parisian pin code thus gave him a twofold advantage, both with work and keeping up his continental way of life. (The last few weeks alone have seen Jaffer travel to Seville and Carmona in Spain and Parma and Venice in Italy.) Polaroid and a passion for art

The view of the Louvre from its third floor flat definitely tipped the scales in its favour. (The photos he shares on his Instagram, @aminjaffer_curator, are proof enough.) And the fact that Vivant Denon, the first director of the museum, had once been a resident in the 17th century building. Moreover, as he explains in an email that he squeezes in between flights, he’s always had a special connection with the Louvre. As a six-year-old, he had visited the museum with his mum, spending an entire day exploring its rooms, a Polaroid camera clutched tightly in his hands. He still has the photographs. “The adrenalin rush of seeing a great work of art inspired me then — as it does now,” he says, adding how by the time he turned 10 he had visited most of the major museums in Europe. “Other seminal moments include an early visit to the Museum of Fine Arts in Brussels and a trip to Rome to see the Vatican collections.” The courtyard at L’Hôtel de Beuvron with its Rococo fountain | Photo Credit: @aminjaffer_curato

But he nearly missed his calling. Born into an Indian business family in Kigali, Rwanda, a career in art wasn’t an option growing up. His subjects in university were economics and commerce! That is, until he chose the history of French opera and French Renaissance châteaux as his first year electives and reignited his love affair with the arts.

Today, Jaffer, who is in his early 50s, is not only the chief curator of the Al Thani Collection, but also works with leading museums around the world in a “curatorial role, focused on public projects, exhibition programming and producing catalogues”. His resume includes long stints at the V&A Museum in London as curator and as the International Director of Asian Art at Christie’s. 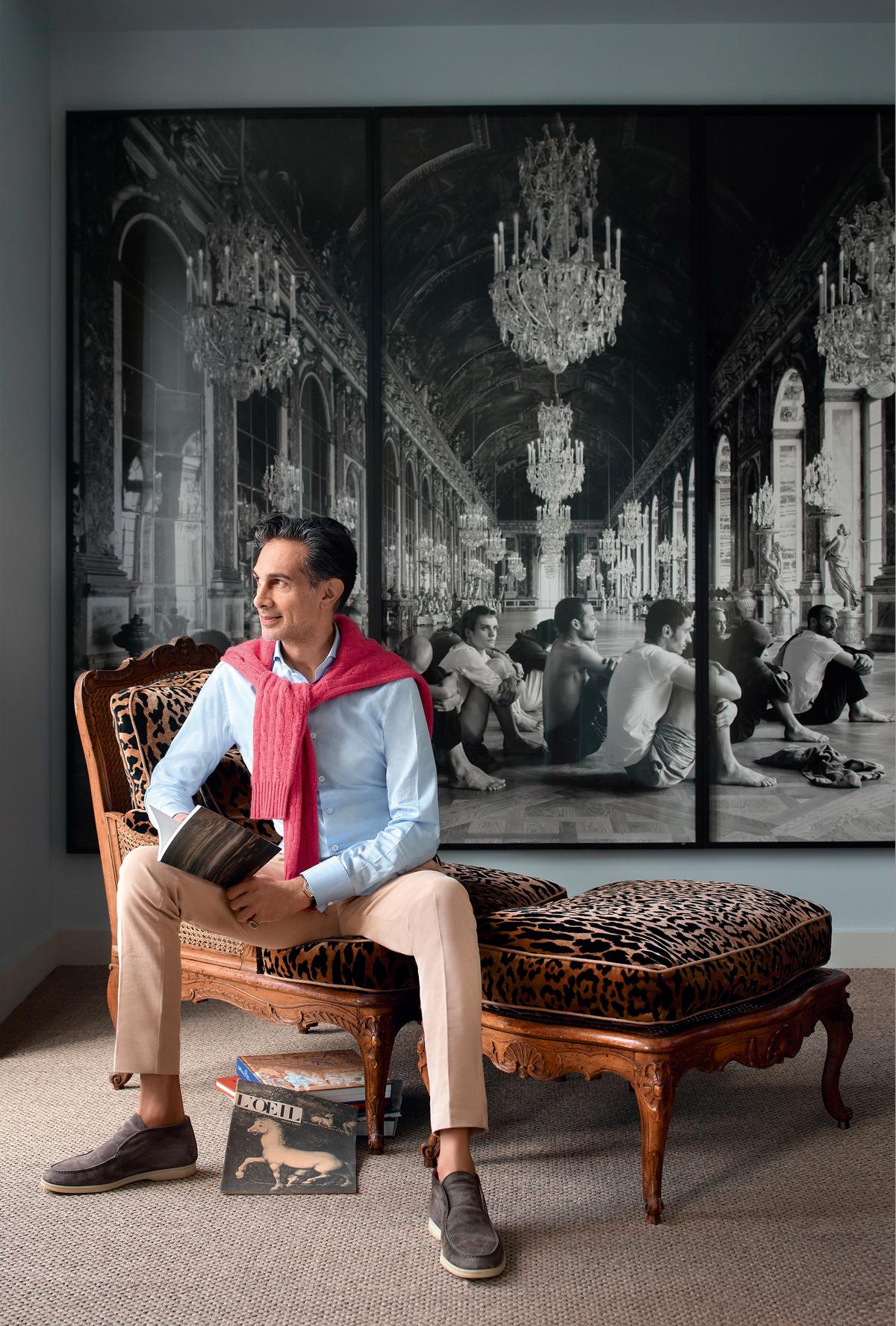 The perks of a private collection

“Born in central Africa, educated in Europe and America, I do feel something of a hybrid and I am drawn by works of art that are born from the encounter of two — or more — civilisations,” says Jaffer, who has recently “been fascinated by the fusion of Spanish and Amerindian culture, particularly in the domain of painting”. This ties in beautifully with the Al Thani Collection and its catalog of more than 5,000 works of art drawn from across world civilizations.

It makes us wonder, how important are such private collections in the art world? “Pioneer collectors have vision and resources that compliment the public art offering,” he says, explaining how such collections play a significant role in the programming of national institutions. “Recent examples in Paris [besides the Al Thani Collection] includes the Bourse de Commerce and the Fondation Louis Vuitton. In India, Kiran Nadar has developed a program of exhibitions around her collection that makes an essential contribution to the art scene,” adds the Indian art expert who played a key part in launching Christie’s first auction in Mumbai in 2013. 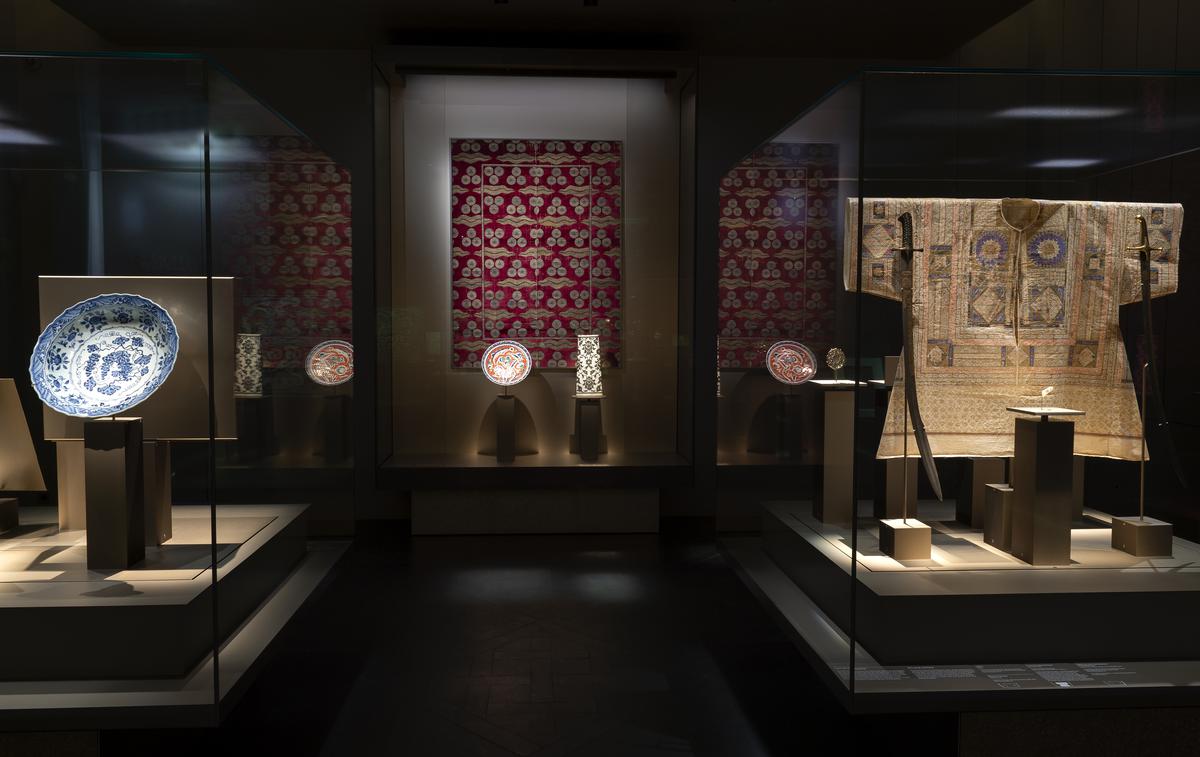 On board with digital

Jaffer’s personal collection is equally varied. A triptych by Iranian photographer Raza Aramesh, of Afghan refugees sitting in the Versailles’ Hall of Mirrors, takes pride of place in his home office, while a painting of Italian sculptor Benvenuto Cellini’s Medusa by Chinese contemporary artist Yuntao Zhang hangs in the library dining room . Elsewhere, Qing period armchairs, Louis XVI commodes, and Bouke De Vries’ Memory Jars are tucked into corners and under tables. “My most recent passions are French 18th century silver and hardstones from late Antiquity, especially objects in porphyry. I am learning more about Symbolist painting, too,” he says.

His days of confinement (as the French called the lockdown) helped broaden his base. When not watching life on the river, he was visiting digital museums and “researching parallel institutions” around the world. “What’s certain,” he says, “is that technology will play a greater role in the way we enjoy works of art — whether through the presence of more immersive, digitally-led exhibitions [such as the RMN Grand Palais’ immersive Venice show opening in autumn] or the sharing of information about works of art through digital platforms [like the one for the Palazzo Pilotta collection in Parma, which he experienced last weekend].” Does this mean he’s also on board with NFTs? “Of course, the phenomenon interests me,” he says, “but I do not yet have sufficient expertise to comment on anything in this new domain.” Left Bank to the Concorde

For now, he’s back at his home at L’Hôtel de Beuvron, listening to Wagner and Mahler, and updating his Instagram. V&A’s new exhibition, Fashioning masculinities — on the male dress and its influences — has caught his eye, though he admits his personal wardrobe is rather formulaic. Tailored clothes in a limited palette of colors is the ‘uniform’, accented by pocket squares and ties that reflect the season or his mood. “Cufflinks are a weakness,” he shares, “and the best ones are by [Indian jeweller] Viren Bhagat, no doubt.”

Even as Jaffer immerses himself in life on the Left Bank, work at the museum is keeping up its momentum. “Some substantial pieces have been added to the collection in the past two years, which reflect the diversity of interests [of Sheikh Al Thani]. These will be shared with the public through displays at the Hôtel de la Marine,” he concludes.